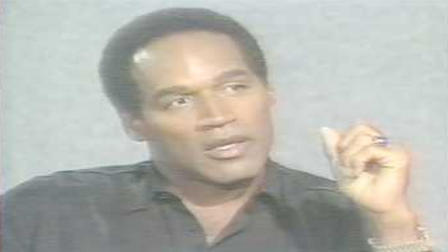 Few covered the Simpson double murder Trial of the Century as closely as I did, from 1994-1997. The night of the civil court verdict finding him liable, ‘Rivera Live’ my CNBC show beat the broadcast networks and set a ratings record that lasted until a presidential debate 19 years later.

Becoming close to the families of the victims, particularly the Browns, I came to loathe OJ and feel deeply that the former football great literally got away with murder. He did it by playing the race card as despicably as possible. He was a millionaire celebrity who only dated whitewomen and never associated with the civil rights movement. As he said himself, “I’m not black. I’m OJ.” Jay-Z’s new album has a song condemning him as a race-baiting hypocrite.

By the time his “Dream Team” of lawyers were done making him over, he was a symbol of the struggle of black men to find justice in a white man’s world. It was a ploy that exacerbated this country’s racial divide. It was unjust, cynical and exploitative.

With abiding respect to the victims’ families, and the millions of Americans who feel as they do, justice demands that he be paroled. The 9-33 year sentence was excessive. That Nevada judge and jury were really sentencing him for the murder raps that he beat in L.A. That may be Karma, but it is not justice. The rinky-dink “armed” robbery merited a 1-year sentence. He is 70 and has been a model prisoner. Case closed.