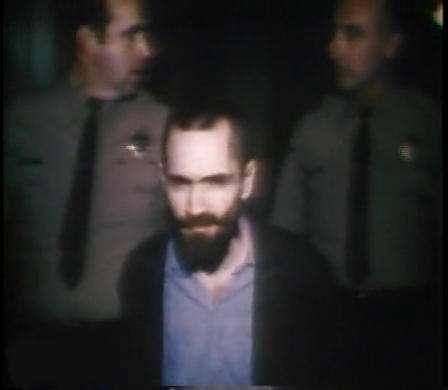 Death of a Dog

“Charlie Manson is on death’s door,” I heard Friday evening from various sources. “It couldn’t happen to a nicer guy,” was my first reaction, followed this morning with grim satisfaction that at 83 years old, the monster was dead. Good riddance. Why so harsh? In 1969, he was responsible for nine of the bloodiest murders ever committed. One of them, a lovely actress named Sharon Tate was eight and a half-months pregnant when Manson’s devoted acolytes chopped her up and hung her upside down. The other victims were similarly savaged.

Devoid of remorse, his head filled with notions of grandeur, for decades Manson enjoyed infamy among successive generations of young people seduced by the fact this murdering scum couched his crimes in environmental and anti-racist babble. I hate the fact that despite the brutality of his crimes, or perhaps because of them, his face adorned what were America’s biggest selling t-shirts. Thus, more popular than Che or Mao, Charlie was a charismatic snake charmer, an articulate, eco-friendly homicidal maniac who was part Jim Jones and part Adolph Hitler. His twisted soul shone through that hateful swastika tattoo carved on his forehead between those glaring, piercing, beady eyes.

He told me in our epic televised 1988 face-to-face confrontation inside San Quentin that he could save our over-populated planet if he could just “kill 50 million” of us. I told him he was “a mass-murdering dog.” He told me that if he didn’t like the way our interview was presented he would have my head handed to my family in a basket. I told him that if anything happened to me his roomies in the joint would set him on fire again, as they did in 1984. As testament to his curious appeal, the hugely rated interview has been downloaded many millions of times.

Manson was living on borrowed time anyway. He was originally sentenced to die in the gas chamber, but was spared in 1972 when the California Supreme Court ruled that the statute under which he was condemned was unconstitutional. His sentenced commuted to life he was denied parole 12 times. Most of his so-called family is either dead or still in prison. Only one of the largely well-educated, middle class kids he convinced to kill for him has been granted parole. Just 19 when she admittedly devolved into barbarism to please Charlie, now 69-years old Leslie Van Houten remains behind bars awaiting Governor Jerry Brown’s decision to accept or reject the Parole Board’s recommendation that she be set free.

The now dead cult leader had one foot in the grave for several years, only to bounce back. In January, Manson was admitted to Mercy Hospital in Bakersfield because of intestinal bleeding. Officials now confirm that he has passed. Personally I feel no mercy for the low-life whose enduringly perverse popularity was testimony to something dark in America’s psyche. Don’t rest in peace, Charlie. Instead, go to hell, be with your friend the devil.