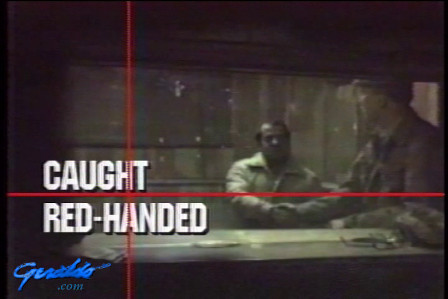 Now It Can Be Told 1

"Today on the tragic anniversary, new testimony that could finally put to rest nine years of rumor, innuendo and mystery surrounding the death of Princess Grace."  "The tragedy, it was Stephanie, Stephanie was driving the car."  "Princess Stephanie's painful secret is exposed by the broken silence of Grace's best friend, the godmother of her children."  "Maybe Stephanie had told the newspapers that Grace was driving since she was not going to live."  "It is the first credible evidence in this troubling mystery, that could now close the file on the Death of a Princess."

"I'll open it, you drop it in."  "This new breed of bandit is ripping of millions of our tax dollars to buy drugs, prostitutes, houses, anti-aircraft missiles.."  "This is what you call teamwork."  "They don't even need a gun to pull of this heist, just food stamps."  "In the inner city, they are indeed a second currency."  "Now we've caught the black marketeers, red-handed."

"The government is flushing our money down the toilet, again, but you won't believe how they're putting the pinch on us this time.  Ouch."