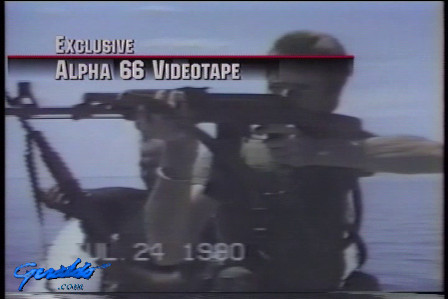 "He's the loneliest man in the Communist world.  The last bastion of the fallen Soviet Empire.  How long can Fidel Castro last?  These rebels claim they've already started their raids on Cuba, and now they're training for the final battle."  "We train in what we call Guerilla Warfare."  "Heroes, dreamers or dangerous lunatics?  Now It Can Be Told as we go, inside Alpha 66."


"If I didn't call all those guys they might've totalled 20 times the killed you never know.  But I got 'em first."  "The candid and twisted thoughts of the woman accused of being America's first female serial killer."  "They're making me out to be a monster and I haven't even been convicted yet."  "In the final part of our exclusive investigation we bare the tangled mind, of Aileen Wuornos."

"The government's gone bananas over an apple.  Spending hundreds of thousands of your dollars just to find out, How Sweet It Is."