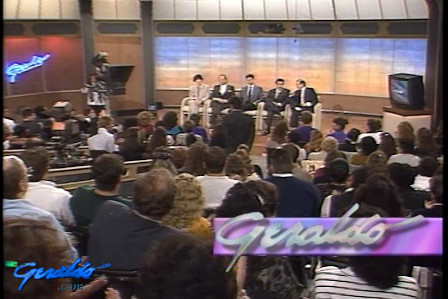 "This is a program about four very prominent, very rich, very self-centered very successful people who to varying degrees created surface images of themselves that were very different from their secret real lives.  Christina Onassis, classic poor little rich girl, really a passionate woman who ended up paying for all of her men, one of whom is with us today.  Diana Ross, the modern day diva whose rise from poverty to great wealth has apparently been tainted by charges she is in fact a jealous and intolerant woman filled with envy.  A more talented version of Fiona Helmsley.  Yul Brynnerm the man who would be king.  The man whose own son is here to claim that he created himself out of whole cloth, lying about many many things including his own background.  And finally Rita Hayworth, the actress who married five times once to one of the world's richest men and whose sexual hunger hid a deep dark childhood secret.  Christina Onassism Diana Ross, Yul Brynner, Rita Hayworth:  Their secret lives are the focus of this edition of Geraldo."